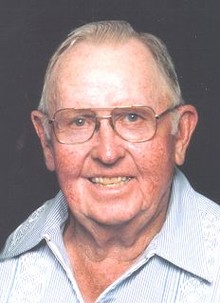 Jerry was born on January 24, 1933, in Kirksville, Missouri, the son of Henry Herbert and Mabel Margaret Minter Hunziker.

He attended school in Knox City and Hurdland, Missouri before moving to Payson, Illinois where he graduated from Payson-Seymour High School in the Class of 1951. Jerry attended the University of Missouri in Columbia, Missouri before serving his country in the United States Army during the Korean Conflict.

On July 29, 1953, in Payson, Illinois, Jerry married Anna Mae Dingerson and they have celebrated almost 54 years.

Jerry attended the Hurdland United Methodist Church and the Edina Assembly of God Church. He was a member of the Missouri and International Flying Farmers Association, the American Angus Association for more than 54 years, and the Hurdland I.O.O.F. Cemetery Board.

Jerry was preceded in death by his parents, two sons, Aaron Hunziker in infancy and Kirby Hunziker in 1999, and two grandchildren, Jeremy Sykes in 2001 and Kalon Hunziker.

Military Graveside Honors were in the I.O.O.F. Cemetery in Hurdland, Missouri by Knox County American Legion and VFW Posts.

An expression of sympathy in memory of Jerry Hunziker may be left to the American Heart Association. A memorial may be left at or mailed to the Doss Funeral Home 208 N. 4th Street, Edina, Missouri 63537.