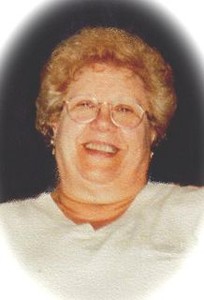 Janice was born on November 14, 1942, in Knox City, Missouri, the daughter of James Elsworth and Clara Marie House Hettinger.

She was raised in the Knox City, Missouri community and graduated from the Knox City High School with the Class of 1960. After high school, Janice attended cosmetology school and college where she earned a degree as a certified nurse’s assistant. She worked several years at both LaBelle and Knox County Nursing homes and also the Knox County High School before retiring. Janice enjoyed sewing and crocheting but most of all she loved the time spent with her boys and grandchildren.

For the last five years Janice resided in Moberly, Missouri acting as a caregiver to her granddaughter, Kaitlin, before returning to Edina when her health failed this spring.

On February 23, 1963, Janice married Patrick Marra and to this union three sons were born.

Janice was preceded in death by her parents and a brother, James Goodwin Hettinger.

An expression of sympathy may be left to Janice’s grandchildren’s education fund. A memorial may be left at or mailed to the Doss Funeral Home 208 N. 4th Street, Edina, Missouri, 6353