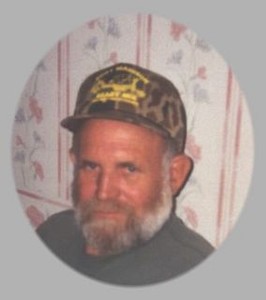 He had been married to Carrie Haskins and they were the parents of a son, Timothy.

Survivors include his son, Timothy Harold Holmes of the home; a step-daughter, Lisa

Ann Smith of Kahoka; a granddaughter, Riley Annabeth Gregory; a brother, Larry E. Holmes and his wife, Nancie, of Kahoka; a sister, Joyce A. Meinhardt and her husband, Michael, of Lansing, KS; two aunts, Neta Holmes of Jefferson City, MO and Blanche Holmes of Keokuk, IA; as well as nieces, nephews and other relatives.

He was preceded in death by his parents; a sister in infancy, Linda Elaine Holmes; a niece, Terri Beth Holmes; also, an aunt and three uncles.

Donnie was a graduate of Kahoka High School and a U.S. Army veteran, serving in Germany during the Vietnam conflict.. He was an inspector with the Burlington Northern Railroad until his health forced him to retire 10 years ago. He was a charter member of the Clark Co. Moose Lodge and was a member of Ayer-Boatman Post #4342, V.F.W. He was an avid hunter, loved the outdoors, and looked forward to his annual hunting trips to Colorado. He was also an excellent mechanic, and loved his Allis Chalmer tractors. He was a collector of things. He was a great friend to have and enjoyed getting together to visit. Even with all of his varied interests, he always put his kids first in his life and was a devoted and loving father and grandfather.

Funeral services were Monday, June 11, 2007, at 10 a.m. at Wilson Funeral Home in Kahoka with Pastor Ray Gilbert officiating and additional eulogies by family and friends.

Special music was provided by Robert Dooley and Kevin Jerez with selection "You Raise Me Up". Additional music was recordings "Last Kiss" and "I Believe".

Visitation was held after 9 a.m. Sunday at Wilson Funeral Home in Kahoka with familyreceiving friends from 5-7 p.m.

Memorials were suggested to the Timothy Holmes Education Fund.