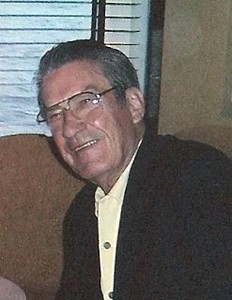 Mr. Watson was born on January 16, 1927, near Knox City, Missouri the son of Chester Floyd and Velma Lee Goodwin Watson.

On June 25, 1949, at Kansas City, Missouri he was united in marriage to Georgia Elizabeth Schempp.

He was preceded in death by his parents, one brother Billy Watson and one sister, Betty Jo Watson.

Thomas was raised and educated in Knox City where he graduated from the Knox City High School.  He served his country in the United States Navy from 1944 to 1946.

He lived most of his life in Kansas City, Missouri where he was employed with Andies & Roberts Construction Company until his retirement in 1988.

Expressions of sympathy in memory of Thomas Grant Watson may be made to the Macular Degeneration Foundation Inc. or Charity of choice.   Memorials may be left at or mailed to Hudson-Rimer Funeral Home, P.O. Box 1, Edina, Missouri 63537.