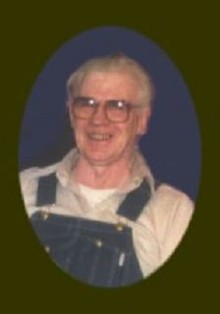 Mary Evalena preceded him in death on July 11, 1991. Mr. Shaffer spent his life working various jobs. He farmed and worked in the timber for many years in Clark County, worked at Keokuk Steel Casting and Shellor-Globe in

Keokuk, and later worked as a mechanic for many years. He became a member of Peaksville Christian Church as a young man.

grandchildren; along with numerous great-great grandchildren; three sisters-in-law, Barbara Paradis of Redding, CA, Doris Hines of Luray, and Bertha McBride of Farmington; as well as nieces, nephews, and other relatives.

Mr. Shaffer was preceded in death by his wife; one son, Delmar Lynn; four brothers: Francis, Eston, Stanley, and Walter, along with two sisters, Edna Hubbert and Mable Van Winkle.

Visitation was held after 9 a.m. Friday at Wilson Funeral Home in Kahoka with family receiving friends from12:30 until 1:30.

Memorials in lieu of flowers were suggested to Hospice of Hancock County, Peaksville Cemetery Fund, or the Peaksville Christian Church.