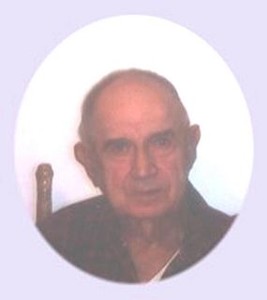 He was born March 25, 1921, at Kahoka, the only child of Leonard and Barbara Shannon Hall.

He and Vera Hunziker were united in marriage on December 26, 1943, at the E & R Church in Kahoka.

Robert graduated from Kahoka High School. He worked with his father at the former Hall Garage in Kahoka until moving to the family farm at the age of 17 and lived there the next 69 years. He was a farmer and a mechanic and liked to build and work on machinery. If he didn’t have the tool he needed, he would build it. His best friend was his lab, Buck.

Robert was a former member of the Williamstown School Board for many years and since his illness had enjoyed reading, particularly Westerns.

Funeral services were held Tuesday, July 17, 2007 at 10 a.m. at Wilson Funeral Home in Kahoka with Rev. Kenneth Beckmann officiating. Mrs. Ida Ross was pianist and Mrs. Denise Hall, vocalist. Selections were "In the Garden" and Precious Lord, Take My Hand".

Visitation was held at the funeral home after noon on Monday with family receiving friends from 6-8 p.m.

Memorials were suggested to the H. E. Sever Memorial Library.

Condolences may be expressed on-line at www.timeformemory.com/wilsonfh.