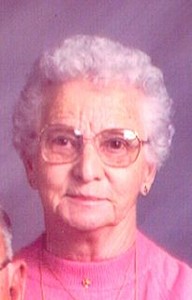 Edith graduated from Liberty High School in 1945, had worked at Casey’s in LaGrange for 19 years, and was a home maker.  She was a member of Dover Baptist Church near La Grange, Mo.

Online condolences may be left at davis-fh.com