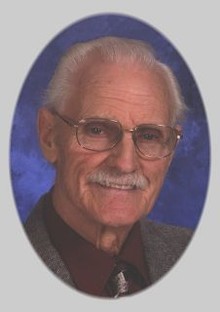 He was born August 28, 1929, the son of George and Irene Russell Schafroth.

He was preceded in death by his parents and two sons, Randall and Russell, Jr.

Russell attended school in Corning, IA and served in the U. S. Navy for three

years. He was an accomplished carpenter and ran his own construction crew for many years.

At the age when most people are retiring, Russell went back to school and became a home

inspector. He worked as an inspector for the City of Nauvoo and also independently for many

homes and commercial businesses. He was a member of the First Baptist Church at Wayland, MO, and his church life was very important to him. He was also a motorcycle enthusiast, and had traveled on his cycle to 48 states. He also loved to engage others in a game of chess or dominoes. Even as his health deteriorated, he remained positive and as independent as possible.

Visitation was held at Wilson Funeral Home in Kahoka after 10 a.m. Sunday with

Memorials may be made to the First Baptist Church at Wayland.