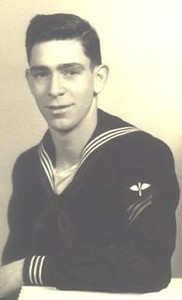 Omar Derril Gallup, age 75, of Kahoka, MO, died Saturday, August 18, 2007, at the Missouri Veteran’s Home in Mexico, MO, where he had been a resident the past twelve years.

He attended grade school at Gem, Stone, and Winchester, graduating from Wayland High School. Following graduation he joined the Navy Air Force where he repaired aircraft, advancing through the ranks until becoming disabled during his military service.

He married Alice Toops 39 years ago on March 14, 1968 at Kahoka, and  became an instant father, helping her raise her two daughters, Alice Elaine and Mary Ann.

He was preceded in death by his parents and two sisters, Marilyn Kerr and Ruth Pearson.

Omar Derril was a member of St. Michael’s Catholic Church in Kahoka, St. Francisville Lodge # 588, A. F. & A.M. at Wayland, the D.A.V. (Disabled Veterans) and American Legion Posts of Missouri. He enjoyed visiting downtown Kahoka with friends and after moving to the Veteran’s Home, kept interested and informed of what was going on in the community through the local newspaper.

Burial with military rites followed in the Kahoka Cemetery.

Visitation was held at Wilson Funeral Home after 9 a.m. Tuesday with a public masonic service being conducted at 6 p.m. followed by family receiving friends until 8 p.m.

Memorials may be made to the donor’s choice.