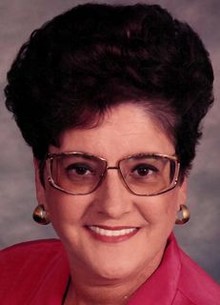 She was born October 17, 1946, at Keokuk, Iowa, the daughter of Kenneth Pearl and Arlene Louise Schmoldt Cale.

She was united in marriage to Dean Partin in Keokuk, Iowa and to this union two children were born.

Judy was preceded in death by her parents, one son Sean Alan Partin and one niece Marlaine Underwood.

Judy received her education at New Boston, IA, attended two years at Southeastern Iowa Community College at Keokuk, IA, and received her Bachelors Degree in Education from Northeast Missouri State Teachers College in Kirksville.  She taught physical education and girl’s basketball at Princeton, MO, owned and operated “Judy’s Diner” (The Arrowhead) in Edina for fifteen years, was associated with Taylor Trucking in Plevna for twenty-nine years and was employed with Life Touch Photos for several years.

Judy was a member of the Missouri Restaurant Association during her time in food service.  She enjoyed working crossword puzzles and spending time with family and friends.

Burial was scheduled to be in the Locust Hill Cemetery west of Novelty, MO.

Musical selections were “Go Rest High On That Mountain” by Vince Gill, “Me and God” by Josh Turner, and “If Heaven” by Andy Griggs.

Visitation was Tuesday August 21, 2007, at the Hudson-Rimer Funeral Home in Edina, MO.

Expressions of sympathy in memory of Judy Ann Taylor may be made to her grandchildren’s education fund.  Memorials may be left at or mailed to Hudson-Rimer Funeral Home, P.O. Box 1, Edina, Missouri, 63537.  E-mail condolences may be sent to [email protected]