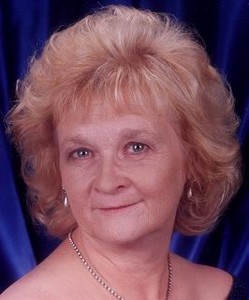 She was born April 6, 1950, at Quincy, Illinois the daughter of Norman Ray and Alice Colleen Rose Daggett.

On August 4, 2001, she was united in marriage to Raymond P. Russell at Edina, Missouri.

Sandra was preceded in death by her father Norman Daggett, her former husband Donald Crim, and grandparents Hiram and Olcie Rose and Simon and Dora Daggett.

Sandra loved being a nurse and helping people.  She was employed with Lewis County Nursing Home where she was Director of Nursing for several years and the LaBelle Manor Care Center for several years.

Most of her life she lived in Novelty, MO, with the exception of years spent in Quincy, IL, and Canton, MO.

She taught Bible School at Novelty Christian Church, served as camp nurse for several years at Shelby County Christian Assembly, was president of the Novelty City Park Association several years and had assisted in raising money for the playground equipment.

A memorial service was be held Thursday August 23, 2007, at the Hudson-Rimer Funeral Home in Edina, MO, with Pastor Tresia Griffith as the officiate.  Burial was scheduled for a later date.

Musical selections were “Angels Among Us” and “Amazing Grace”.

Expressions of sympathy in memory of Sandra Irene Russell may be made to the LaBelle Manor Care Center or Air Evac.  Memorials may be left at or mailed to Hudson-Rimer Funeral Home, P.O. Box 1, Edina, Missouri, 63537.  E-mail condolences may be sent to hrimer@marktwain.net.