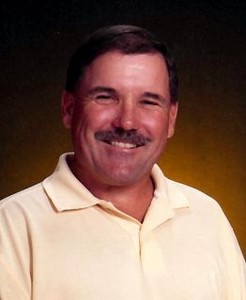 On August 4, 1979, at Edina, Missouri, he was united in marriage to Rebecca Lynn Parker.

Scott was preceded in death by his parents, his in-laws, two nephews and one niece.

Scott spent his earlier years in Lowell, IN and moved with his family to MO in 1969.  He graduated from Scotland County High School, Central Missouri State University in Warrensburg, MO, and was a graduate of the School of Banking at Madison, Wisconsin.   Scott was employed with the Production Credit Association in Edina, MO for nine years and was presently President of the Citizens Bank of Edina where he has been employed for nineteen years.

Scott was an Eagle Scout; he loved the outdoors especially hunting, fishing and farming, loved playing golf and spending time with his family and friends.

Expressions of sympathy in memory of Scott Allen Childress may be made to the Scott Childress Memorial Fund for  scholarships to be designated later.  Memorials may be left at or mailed to Hudson Rimer Funeral Home, P.O. Box 1, Edina, Missouri 63537 or the Citizens Bank of Edina.  E-mail condolences may be sent to hrimer@marktwain.net