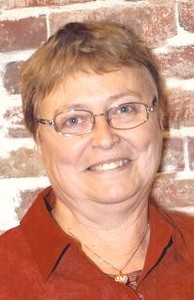 Marie Eileen Smith, of Lewistown, MO died Sunday, September 02, 2007 at 5:00 AM at her home in Lewistown at 61 years of age, following a valiant 14-year battle with cancer.

The daughter of Ervin and Eileen Hall Suzor, Marie was born on February 25, 1946 in Springfield, Massachusetts.

Marie united in marriage with Sam Smith on December 10, 1976 in Weatherby, Missouri.

An active member of Park United Methodist Church and Miracle Workers of Lewistown, Marie was also a Leader of the United Methodist Youth Fellowship for many years in the Lewis County area.  Following 23 &frac12; years of service, she retired from the USDA Farm Service Agency of Monticello, Missouri, in 2006, where she served as the County Executive Director for sixteen years.

A devoted wife, mother, grandmother, great-grandmother, daughter, aunt, sister and friend to many, Marie lived for her family.

She was preceded in death by one grandson, Isaac Zajac, and a niece Heather Balcerzak.

Expressions of sympathy may be made in memory of Marie Smith in Memorials for the Park United Methodist Church or to Blessing Foundation for Hospice and may be left with or mailed to Arnold’s Funeral Home, 112 West Main, Lewistown, Missouri 63452.

Online condolences may be left at www.arnoldsfuneralhome.net.