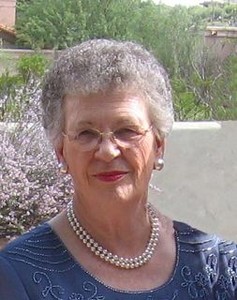 She spent her early girlhood days in Scotland County in the Bible Grove community until her marriage December 29, 1942, to Claude Eugene Couch at Memphis, Missouri.

Since that time she has spent her life in the Pleasant Ridge community west of Greensburg with the exception of four years in the south while her husband was in the Air Force in World War II.  She moved to Edina in 1996.

She was preceded in death by her husband, July 20, 1981, her parents, and one sister, Ina Faye Bradley.

She became a member of the Bible Grove Christian Church at an early age, later transferring her membership to the Pleasant Ridge Christian Church west of Greensburg.  She was a Sunday school teacher there many years, the building trustee, and secretary-treasurer.

Fern was employed at Paul’s Super Market and later was an assistant to Dr. Hatfield.  She was also an employee of the Edina Sentinel twenty years and was a full time employee of the Citizens Bank of Edina since 1976 and continued as part time from May 1993 until March 1999.  Fern enjoyed traveling and spending time with family and friends.

Funeral services will be held 11:00 a.m., Wednesday, September 19, 2007, at the Hudson Rimer Funeral Home in Edina, Missouri.  The Reverend Larry Smith will officiate the services.  Burial will be in the Slocum Cemetery west of Greensburg, Missouri.

Music will be provided by Carol Hayes, organist and Debbie Peters, soloist.  Musical selections will be “The Old Rugged Cross”, “Precious Memories”, and “One Day At A Time”.

Visitation will be after 4 p.m. on Tuesday, September 18, 2007, with the family receiving friends from 6 p.m. to 8 p.m. in the Hudson-Rimer Funeral Home in Edina, Missouri.

Expressions of sympathy in memory of Ila Fern Couch may be made to the Slocum Cemetery.   Memorials may be left at or mailed to Hudson-Rimer Funeral Home, P.O. Box 1, Edina, Missouri, 63537.