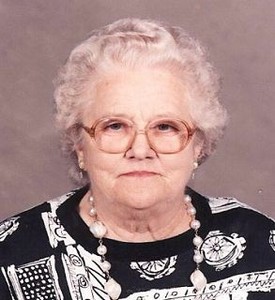 She was born May 12, 1924, in Plainville, Illinois the daughter of Troy and Minnie Askew Fusselman.

Isabell received her education in Illinois.  She was a housewife and homemaker.  She was employed at Davis-Cleaver in Quincy, Illinois for several years.  She and her husband also owned and operated Cottons Service Station in Hurdland, Missouri for several years.  For the past twenty years she has resided in Knox City, Missouri.  Isabell enjoyed time she spent with her poodle Sugar.

Expressions of sympathy in memory of Isabell L. McCarty may be made to Knox County Relay For Life.  Memorials may be left at or mailed to Hudson-Rimer Funeral Home, P.O. Box 1, Edina, Missouri, 63537.