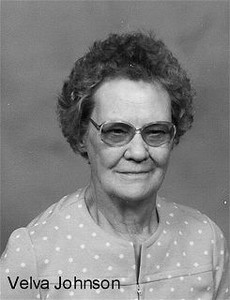 She was born on March 17, 1917 in Clark County, Missouri the daughter of Robert J. and Ada Boatman LeMaster.

Velva was a member of the Wayland United Methodist Church in Wayland, Missouri.

Funeral services will be held at 10 A.M. Friday at the Vigen Memorial Home in Keokuk, IA with Reverend Bill Mitchell officiating. Burial will be in the Bluff Springs Cemetery, rural Canton, MO.

Visitation will be held after 1 P.M. Thursday with the family meeting with friends from 6-8 P.M. at the funeral home.

Memorials may be made to the Lee County Hospice.