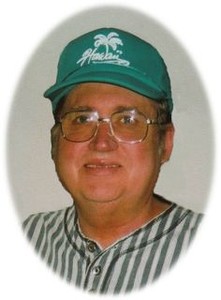 Mickey was raised in Knox County, Missouri and attended the Edina Elementary School before graduating from the Knox County High School in the Class of 1967. After high school Mickey married Vickie Dalton in November of 1968 and worked for the Great Rivers Gas Company before serving his country in the United States Marine Corp., from 1971 to 1973, achieving the rank of Sergeant during the Vietnam Conflict.

Mickey returned to Edina and farmed northeast of Edina until his health forced him to retire. On July 13, 1998, in Edina, Missouri, he married Helena “Ellie” Johnson and they made their home in Edina.

Mickey was a member of the Edina Christian Church and the Knox County Veterans of Foreign Wars Post #4822, where he was very active in the funeral honors team.

He is survived by his wife, Ellie Woodward of Edina, Missouri; his parents, Don and Phyllis Woodward of Edina, Missouri; two sons, Jeff and his wife Jennifer Woodward of St. Louis, Missouri and Robert and his wife Kari Culler of Jefferson City, Missouri; two daughters, Carrie Woodward of Jefferson City, Missouri and Amy and her husband Mike Linn of Springfield, Missouri; a sister Donita and her husband Donald Carroll of Osceola, Indiana; three sisters-in-law, Marjorie Brookfield and her friend Bob, Barbara and her husband Brian Hamilton and Lady Irene and Sir Christopher Coville all of London, England; eight grandchildren, Alec Woodward, Maggie and Zoe Linn, Kaitlynne, Tyler, and Conner Woodward, and Lexie and Dylan Culler, along with numerous nieces, nephews, cousins and a host of friends.

Mickey was preceded in death by his grandparents and a sister-in-law, Margaret Glasgow.

Military Graveside Honors by the Knox County VFW Post #4822 were at the Missouri Veterans Cemetery at Jacksonville, Missouri.

An expression of sympathy in memory of Mickey Woodward may be made to the Knox County VFW Post for use by the Honors Team. A memorial may be left at or mailed to the Doss Funeral Home 208 N. Fourth Street, Edina, Missouri 63537.