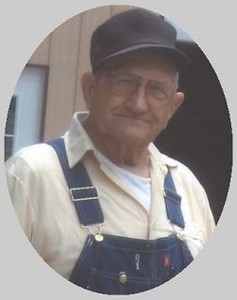 He was born January 10, 1930, at Newton, IA, a son of Charles Basil and Bertha Ann Vanlaningham Heriford.

He and Jessie E. Cottrell were united in marriage on June 12, 1957, at Palmyra, MO, and had celebrated their 50th wedding anniversary this past June.

He was preceded in death by his parents and step-mother, Karen; one son, Stephen; one daughter, Jacqueline; and a sister, Katherine.

Robert graduated from Hickman High School in Columbia, MO. He had worked as a truck driver for 41 years and the past 9 years had worked at what is now Siemens in Fort Madison, until retiring in May of 2007. During that time he had also worked at various jobs locally including a courier for Exchange Bank of Kahoka and a bus driver for the Clark Co. R-1 School District. His yard was his pride and joy and he spent hours creating and caring for flower beds and working in his fish tank, giving away gold fish to family and friends. He also enjoyed leisure time in his yard, sitting on his porch or in his swing drinking coffee. He also enjoyed visiting with friends at the local restaurants over a cup of coffee. One of his favorite activities was listening to bluegrass music and attending the local Bluegrass Festival each summer. He was a wonderful husband, father, step-father and grandfather.

Funeral services were held Friday, September 28, 2007, at 10:30 a.m. at Wilson Funeral Home in Kahoka with Rev. Dan Deatrick officiating. Special music was recordings "When I Get Where I’m Going", "If Heaven", and "Almost Home."

Visitation was held at Wilson Funeral Home after 10 a.m. Thursday with family receiving friends from 6-8 p.m.

Memorials in his honor may be made to the Peyton Robert Cottrell Education Fund.