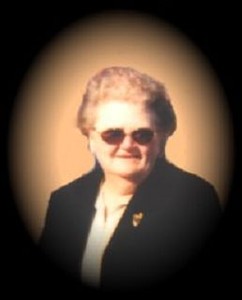 Dunning, Sr. of Kahoka, and Eldonna Steffen of Quincy; three stepsons and their families:

She was preceded in death by her parents and her husband, Estel.

Edna was a member of the Kahoka Seventh Day Adventist Church. She sold Avon and Stanley for many years and for 20 years was a secretary for Clark Co. Tax Service. She later worked for the Clark Co. Health Department and H. E. Sever Library until retiring in January of 2003.

Edna had many interests and sources of enjoyment. She loved to read, particularly westerns and mysteries. She loved to put together jigsaw puzzles, go boating and fishing, play cards with family and friends on a weekly basis, and care for her flowers and watch hummingbirds. She was an inspiration to her children and friends and enjoyed life. She gave her smiles freely to those around her.

Funeral services were held Sunday, September 30, 2007, at 1 p.m. at Wilson Funeral Home in Kahoka with Pastor John Howells officiating. Special music was "In the Sweet By and By" and "When the Roll is Called up Yonder".

Burial was in the Anson Cemetery.

Visitation was held at Wilson Funeral Home after 10 a.m. Saturday with family receiving