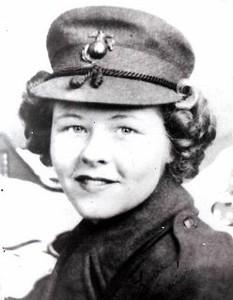 She was born June 17, 1924, at Kampsville, Illinois, the daughter of Edward F. and Lucille Evelyn Ritter Langer.

She was united in marriage to Harlin Edward Campbell on September 6, 1946, in Albuquerque, New Mexico and he preceded her in death in June of 1960.

She was also preceded in death by her parents, two children Lonnie Lee and Frank Jerome Campbell, and one granddaughter.

After their marriage Mr.  & Mrs. Campbell lived in Oklahoma and Indiana then moved to Knox County, Missouri in 1960.

During her military service she lived in Washington D.C. where she helped military personnel obtain their High School Diploma and was also employed as a clerical worker.  During this time she received an award for her service from Harry S. Truman.

Mrs. Campbell was a member of the St. Joseph Catholic Church in Edina, Missouri.  She loved collecting Indian Artifacts and reading books on Native Americans and books on history and different cultures.   She also enjoyed embroidering and spending time with family and friends.

Visitation was after 4 p.m. on Thursday, October 11, 2007, with the family receiving friends from 6 p.m. to 8 p.m. in the Hudson-Rimer Funeral Home in Edina, Missouri.  A wake service was held at 7 p.m. Thursday evening in the Chapel.