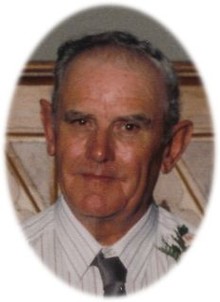 Gerald grew up in the Greensburg, Missouri area before moving to the farm Northeast of Edina, Missouri. He attended the Glendale Rural School before graduating from the Edina High School in the Class of 1951.

Gerald served his country in the United States Army. He farmed the family farm his whole life and was also employed by the Burnham Manufacturing “The Glove Factory” from 1961 until 1987, worked as a farm hand for Gelbach Farms near Hurdland, Missouri from 1988 to 1991 and was employed by the Knox County Stone Company from 1991 until his retirement in 2002.

Gerald was preceded in death by his parents, step father, Les Ladwig; and a son, Stanley Doss in 1987.

An expression of sympathy in memory of Gerald Doss may be left to the Linville Cemetery Association or the Family’s Wishes. A memorial may be left at or mailed to the Doss Funeral Home 208 N. 4th Street, Edina, Missouri 63537.