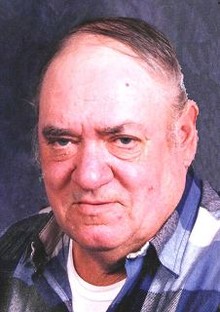 He was born August 27, 1934, in Knox County, Missouri, the son of Ivan and Katie Minor Edwards.

On December 17, 1955, at Knox City, Missouri he was united in marriage to Dorothy Marie Hubble.

Kenneth was raised in Knox County, Missouri where he attended rural schools.  He was engaged in farming his entire life north of Knox City, Missouri and also operated a motor grader for the county for forty years.

Kenneth attended the Knox City Assembly of God Church.  He enjoyed hunting, fishing and spending time with his family and friends.

Funeral services were held at 2 p.m., Monday, November 12, 2007, at the Hudson-Rimer Funeral Home in Edina, Missouri.  The Brother Mike Rash officiated the services. Burial was in the Pleasant Ridge Cemetery northeast of Edina. Music was provided by Ed and Jeannie Anderson.

Expressions of sympathy in memory of Kenneth J. Edwards may be made to the Knox City Assembly of God Church or the Pleasant Ridge Cemetery.  Memorials may be left at or mailed to Hudson-Rimer Funeral Home, P.O. Box 1, Edina, Missouri, 63537.