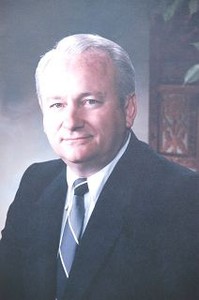 Richard married Barbara Jean Brandt on July 2, 1954 in Atchison, KS. He graduated valedictorian from Edina High School in 1951.   Dick attended the University of Missouri where he was a member of Pi Kappa Alpha and then transferred to Wichita State and received a BS in Mechanical Engineering in 1961.  He served in the Army in Fort Hood, TX (1954-56).  He worked for Bemis Co., Inc. in Kansas City, MO, Indianapolis, IN, and Muskegon, MI.  He and Paul Vanderwerf purchased the Muskegon Bemis Operation in 1979 and formed Tekmold.  They successfully ran Tekmold, until they sold it in 1992.   Dick was an accomplished high school athlete winning numerous awards and letters.  He loved golf and is known for perfecting the backwards chip shot.  He was President of the Muskegon Country Club for several years and was currently a member of the Red Mountain Country Club in Mesa, AZ.

Dick was a loving husband, father, and grandfather and was known to many for his humor and wisdom.  Dick will be missed by his family, including many nieces and nephews; his business associates and friends including those from the Muskegon Country Club and the Red Mountain Ranch Country Club.