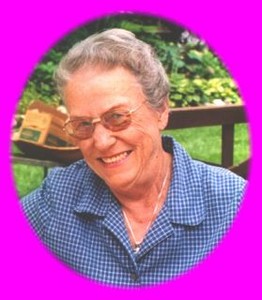 She and Elmer Buschling were married on December 14, 1952, at St. Patrick, MO, and were looking forward to their 55th wedding anniversary. He survives.

Kenneth, Karen, Alexander and James Muszynski, all of Florida; four sisters, Zola Close of Hamilton, IL, Betty Settles of Warsaw, IL, Evelyn Clark of Wayland, MO, and Alice Booth of Hamilton, IL; a sister-in-law, Opal Buschling of Newton, IA, as well as numerous nieces and nephews and other relatives.

She was preceded in death by her parents; a brother, Lloyd Leeds, Jr.; and a sister, Emily Burnett.

Dorothy was a graduate of Hamilton High School. She was a member of St. Martha’s Catholic Church at Wayland and of the Altar and Rosary Society. From 1988 until 2004 she owned and operated Buschling Fireworks at her home south of Wayland.

She enjoyed her home and her beautiful yard with the flowers and roses and the birds that gathered there. She was an excellent cook and was most happy when spending time with her family and feeding them.

Burial was in Zion Cemetery.

Visitation was held at Wilson Funeral Home in Kahoka after 10 a.m. Sunday with

the Rosary being recited at 5 p.m. followed by family receiving friends until 7 p.m.

Memorials are suggested to the Zion Cemetery or the Clark Co. Local Cancer Fund.