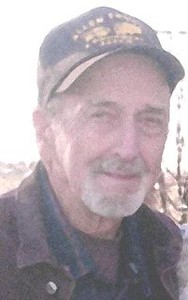 Harvey was first married to Darlene Smith and they were the parents of two children, Rick Allen and Jeannie Bissell. He later married Barbara Murphy in Williamstown, Missouri in 1997.

Harvey is survived b his wife, Barbara Allen of Lewistown, MO; two children, Rick Allen of Bible Grove, MO and Jeannie Bissell and husband Boyd of Memphis, MO; one granddaughter, Amber Allen of Colorado; two step children, Dale Murphy of LaBelle, MO and his children, Brandi Murphy of Keokuk, IA and Isaac Murphy of Warsaw, IL, and Lisa Allen and husband Rodney of Osage Beach, MO and her children, Justin and Josh Allen; his sister, Kay Luttrell of Mediapolis, IA; a number of nieces and nephews who spent many summer vacations at Harvey’s farm making special memories. Also are surviving many cousins, friends and neighbors.

He was preceded in death by his parents, a grandson, Travis Bissell in 1995, two sisters, Ruth Staggs in 2006 and Midge Leopanlas in November of 2007 and two nieces, Claudia in 2000 and Conshita Zittler.

Harvey was schooled and grew up in Iowa where he started working away from home at the age of 14. He moved to Bible Grove, MO in 1950 and managed a cattle herd of which he was proud until the day of his death. Besides farming his whole life he served in the U.S. Marines in WW II aboard the USS St. Louis for 2 years until the end of the war. He worked as a dynamite man for several quarries, 17 years as maintenance man at Donaldson’s in Kirksville, as a dozer operator for private companies and Scot County Road Crew, and he also drove a bus for Bible Grove School District. Work was all-important to Harvey and he could do every trade. Through numerous health problems, Harvey continued to work with his cattle.

He was a member of Lewistown American Legion #578 and a charter member of Bar-B Saddle Club. He enjoyed arrow hunting, Mushroom hunting, deer hunting, attending bluegrass festivals and playing the guitar with his special friends, playing cards, beating his grandsons at checkers, nursing animals back to health and his special canine friends, Lt. Bit and Meathead.

A celebration of life was held at 3:00 p.m. Sunday (December 23, 2007) at the Coder Funeral Chapel in LaBelle, MO. Burial will be in the Memphis Cemetery in Memphis, MO at a later date.

Memorials can be made to the Travis Bissell (Harvey’s Grandson) Memorial Fund or the Bible Grove Historical Society.