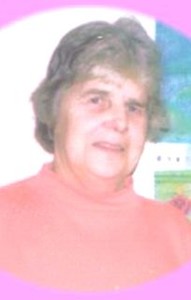 She was born June 14, 1940 at Revere, MO, a daughter of Lester M. and Mary Evalena Cochenour Shaffer. She had been married to Raymond Fountain and they were the parents of Joe, Dawn and Fawn.

She was preceded in death by her parents; her husband; a son, John Thirtyacre; and abrother, Delmar Lynn Shaffer.

Mary Etta attended Kahoka Public High School. She had also attended the First Baptist Church in Wayland and was a former member of the V.F.W. and Clark Co. Moose. She retired from Shellor Globe in 1985 following a vehicle accident which caused her health to fail.

She enjoyed collecting bird houses and sitting in the coffee shops visiting with friends. Her greatest joy in life came from spending time with her grandchildren.

Visitation was held at Wilson Funeral Home after 9 a.m. Sunday with family receiving friends from 1 p.m. until time of services.

Memorials were suggested to the donor’s choice.