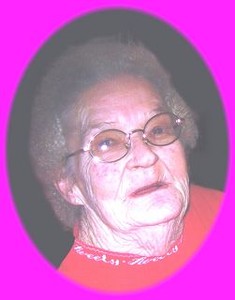 She was born August 5, 1934, in Keokuk, Iowa, the daughter of Bill and Agnes Grogan Moyer. Her parents divorced and she was raised by her mother and step-father, Walker Spellman, whom she considered her father in every aspect.

She was preceded in death by her parents; her husband; and a brother, Larry Moyer.

Mary had worked at various factories and as a waitress through the years. She was a 10-year employee of Morse Rubber when she had to retire due to ill health. She was a member of the Royal Neighbors of America and of the Christian faith. Mary loved to hunt, particularly turkey and rabbit, and to fish. In earlier years she loved to hunt for mushroom. She also loved country western music and camping. More than anything, she loved spending time with her grandchildren and great-grandchildren who were the limelight of her life.

Visitation was held after 1 p.m. Monday at Wilson Funeral Home with family receiving friends from 5 p.m. until 6:30 p.m.