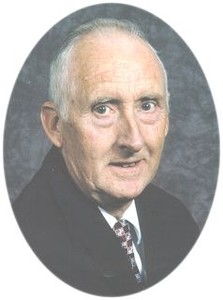 Richard was born on June 22, 1934, in Browning, Missouri, the son of Erman Glen and Lavenia Linhart Brantner.

He graduated from the Linn County High School of Browning, Missouri, in the class of 1951. Richard served his country in the United States Army before moving to Edina, Missouri in 1963.

On February 20, 1965, in Edina, Missouri, Richard married Melva Sue Strahl and to this union three children were born.

He worked most of his life as a Depot Agent for the Burlington Northern Santa Fe Rail Road. After his retirement Richard was active in the Board of the Knox County Nutrition Site, serving as chairman, the Knox County Food Cupboard, treasurer of the Knox County Food Pantry, Meals on Wheels, Boy Scouts and attended Senior Circle. He was also very active with the First Christian Church of Edina, serving on the church board and as an Elder for many years.

He had been active in baseball most of his life, coaching little league and was an avid St. Louis Cardinals fan, planning his summers around the game schedule.

Richard has been known throughout his life as a person always willing and ready to help everyone in anyway possible to make their lives more pleasant. He was never too busy or ill to have a kind word for everyone. The friendships, joys and inspirations that have come from this life just passed, are indeed jewels of rare price and we will reserve the memory of the heart which beat so intensely with love and made the world brighter and better. Early in life he accepted Christ as his Savior and remained faithful to the end.

He was preceded in death by his father, step-father, Wayne Coffman; and a grandchild, Stephen Potter.

Graveside services were Thursday at 3:00 p.m. in the Enterprise Cemetery near Browning, Missouri.

An expression of sympathy in memory of Richard Brantner may be left to the Knox County Food Pantry or the Hospice of Northeast Missouri. A memorial may be left at or mailed to the Doss Funeral Home 208 N. Fourth Street, Edina, Missouri 63537.