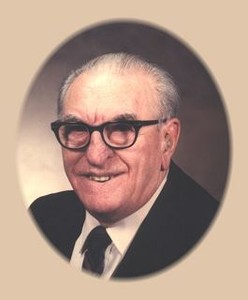 He was born February 16, 1910, near Chambersburg, MO, a son of James H. andNellie Bennett Nixon.

He married Opal Peterie and they were the parents of Lyndell and Lela. He later married Eula Peterie who preceded him in death.

Survivors include a son-in-law, Keith Zinnert, of Kahoka, MO; four grandchildren and their families: Roni Zinnert of San Diego, CA, Tami Frazee of Eldon, MO, Shelley Nixon of Fort Madison, IA, and Tony Nixon of Cedar Rapids, IA; as well as nieces and nephews and their families.

He was preceded in death by his parents; his wife; a daughter, Lela Zinnert; a son and daughter-in-law, Lyndell and Barbara Nixon; three brothers: Arthur, Howard, and Russell Nixon; and two sisters, Julie Gares and Jessie Mae Nixon.

At the time of his death, Guy was the oldest living member of the Peaksville Christian Church. He had been a truck driver for many years and worked for Kemmer Trucking and for over 30 years at Ideal Mix of Keokuk. Following retirement, he worked part-time at IMI for his great-nephew, Kent. He and Eula made their home in Keokuk and then purchased a farm north of Kahoka. In later years they bought a home in Kahoka and as their health started to fail, moved to The Kensington in Fort Madison. Following Eula’s death Guy returned to Kahoka.

Visitation was held at Wilson Funeral Home after 9 a.m. Saturday with family receiving friends from 9:30 a.m. until time of services.