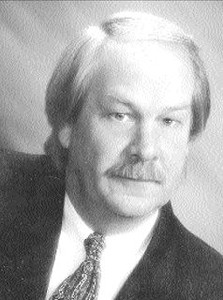 Fred attended high school in Kahoka. He received a bachelor of science degree from Northeast Missouri State University in 1976. In 1981, he graduated from Cleveland School of Chiropractic. He had been a well-respected chiropractor in Marshfield for 25 years.

Fred was preceded in death by his parents, Wilbur and Lola Roberts, and one of his brothers, Ron Roberts.

He will be deeply missed by his wife, Lila; his two sons, Rel Roberts and wife, Sherice, of Lees Summit, and Erick Roberts, of Springfield; three grandchildren, Lauren, Jake and Daxton Roberts; one sister, Doris Shreck and her husband, Larry; and a brother, Jerry Roberts and his wife, Linda.

A memorial service is scheduled for Sunday, Feb. 25, from 2 to 4 p.m. at Crossroads Evangelical Methodist Church, 715 N. Marshall, in the fellowship hall.

Donations to the family would be deeply appreciated in lieu of flowers.