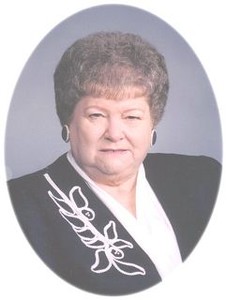 Roberta was born on September 11, 1929, in Leonard, Missouri, the daughter of Robert and Mildred Maddox Ray.

She attended the Leonard Grade School and High School before she married Merle Head on June 25, 1945, in the Knox County Courthouse in Edina, Missouri. Merle left for military duty immediately after they were married and upon returning they moved to rural Novelty, Missouri to make their home. Roberta and Merle moved to their present home in 1972.

Roberta worked in the crop insurance industry for many years and retired from Hawkins Insurance Group in Edina, Missouri. They were long time members of the Locust Hill Community Church.

An expression of sympathy in memory of Roberta Head may be left to the Novelty-Plevna Rural Fire Department. A memorial may be left at or mailed to the Doss Funeral Home 208 N. 4th Street, Edina, Missouri 63537.