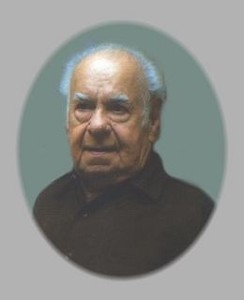 Gary Whitaker of Revere, MO, Nancy Walker of Alexandria, MO, and, Gilbert and Connie Sargent of Tuscon, AZ; as well as nieces, nephews, and other relatives.

He was preceded in death by his parents; his wife; a son, Winston Junior Walker; three sisters: Shirley Whitaker, Zola Byrn, and, Janice Sue in infancy; and, two brothers, Wayne "Barney" Walker and Marvin Walker.

Winston was a graduate of Wayland High School and a World War II Navy veteran. He was also a member of St. Francisville Lodge # 588, A.F. & A.M. He owned Walker’s Barber Shop on south 5th street in Keokuk for many years. Following retirement, he worked at the toll bridge at St. Francisville until it was closed. He loved gardening and raising watermelon and sweet corn. He and Doris were always on the go, supporting the events in the area and serving as "taxi" to many friends. Their family was always the most important thing to both of them.

Visitation was held at Wilson Funeral Home after 10 a.m. on Sunday with family receiving friends from 1 p.m. until time of services.

Memorials were suggested to Sand Cemetery.