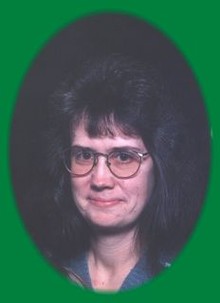 Tina Louise Morehouse Thomas, age 41, of Hamilton, IL, died Tuesday, March 11, 2008, at the St. Mary’s Medical Center in Galesburg, IL. She had spent the last four years at Galesburg Terrace because of her health care needs.

She was born July 9, 1966 at Keokuk, IA, the daughter of Floyd N. and Louise Nichols Morehouse.

She married Glenn Thomas on March 4, 2000 at the Assembly of God Church in
Hamilton, IL.

Survivors include her husband, Glenn, of Hamilton; her mother, Louise Morehouse of Kahoka; mother-in-law, Lucille Thomas of Hamilton; her children, Daniel DeWayne and Tabitha Louise, both of the home; two brothers, Wayne Morehouse and his wife, Cheryl, of Keokuk, and Ted Morehouse and his companion, Debbie Otte, of Kahoka; a sister-in-law, Trish Maerz of Hamilton, IL; two nieces, Denise (Jason) Hendricksmeyer of Keokuk and Kayla Otte of Kahoka; a nephew, Andrew Morehouse of Keokuk; and a great nephew, Alex  Hendricksmeyer of Keokuk; aunts and uncles: Raymond and Rose Morehouse, Lucille Lyons, Mary Morehouse, Hazel Morehouse and Betty Jean Mohr, all of Kahoka, and, Marjorie and Allen Henderson of Gillispie, IL; as well as cousins and other relatives.

She was preceded in death by her father on February 8, 2008, and uncles, Ed Morehouse, Marvin Morehouse, Edwin "Red" Lyons, and, Everett Mohr.

Tina graduated from Clark County R-1 High School in 1984 and from Keokuk School of Cosmetology. She worked at Regis in Keosippi Mall and then at Metzlers, retiring in 2003 because of ill health.

Tina was a member of the First Baptist Church at Wayland. She worked hard and she enjoyed working. She also liked riding and caring for her two horses. Her children were her life.

Graveside memorial services were held Saturday, March 15, 2008, at 2 p.m. at Zion Cemetery, southeast of Kahoka with Rev. Dan Deatrick officiating. A special poem entitled "The Rose" was read by her cousin, Tim Mohr.

There was no visitation, however, friends may register from 9 a.m. until 5 p.m.  Friday at Wilson Funeral Home in Kahoka.