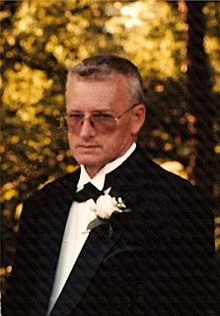 He was born December 5, 1944, at Kirksville, Missouri, the son of Norman Elmore and Mildred (Shahan) Parsons, and he remained a lifetime resident of the La Plata and Kirksville area.

In addition, Jerry is survived by two brothers, Terry Parsons and wife Carol of Independence, Missouri and Dean Parsons and his wife Mendi of Buckner, Missouri, one sister, Sherri Paxon and her spouse Vickie of Mandan, North Dakota, along with many nieces and nephews.

Jerry was a 1962 graduate of La Plata High School.  He was self employed as a plumber for many years, and he had also worked at Standard Register in Kirksville as a pressman for 28 years until the plant closed.

Jerry loved spending time with his “Girls” – Snowball and La Rosa – his precious dogs, watching Nascar and reading.  Before his health failed he enjoyed hunting, shooting, working in his shop and going to auctions.