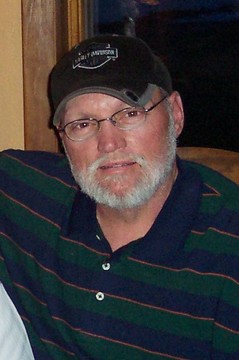 Gary A. “Bigun” Frank
Gary A. Frank, age 56, of Wayland, MO, died suddenly on Thursday, March 20, 2008, after three years of failing health at Blessing Hospital in Quincy, IL, where he had been a patient the past 4 ½ weeks.
He was born July 4, 1951, at Mason City, IA, a son of Joe and Joann Davies Frank.
He and Deborah Burke Kramer were married March 22, 1990, at Keokuk, IA. He had a tremendous love for his kids and grandkids, but was crazy about “Deb” and his best times were those spent with her, particularly the past three years.
Survivors include his wife, Deborah Frank, of Wayland, MO; three sons, Joey (Michelle) Frank, Jake (Karyn) Kramer and Jedidiah Kramer (Tara Anderson), all of
Keokuk, IA; one daughter, Tanya Jo (Adam) Worley of Fort Madison, IA; nine grandchildren: Austin, Josie, Henry, Dalton, Kegan, Adrian, Julian, Brooklynn and Caleb; three brothers, Jim (Deb) Frank of Sacramento, CA, and Jackie (Kim) Frank and Donnie Frank, both of
Mason City, IA; as well as nieces, nephews, and other relatives.
He was preceded in death by his parents; an infant sister; and a son, Joshua Kramer.
Gary graduated from high school in Mason City, IA. He worked for Dial Corp., transferring from Mason City to Fort Madison, retiring due to a past injury. One of his greatest privileges in life was hauling Amish, who became some of his closest friends. He loved coyote hunting with his friends who knew him as “Bigun” also fishing, especially with Deb and the kids. He had spent time as a commercial fisherman on the Mississippi which he considered “home”. He was an avid euchre player, a die hard, hard core Yankee fan and a lover of Harley Davidson’s since he first owned one in high school. One of the hardest things for him was when he gave up his Harley due to his health. He passed this love on to Jake.
He and Deb cherished the last three years and the time spent together. They both considered their children and grandchildren their greatest treasures in life and his brightest moments in his life were the time spent with them. More important, was his quiet love he had for the Lord. This love reached out through his generous nature and his love of giving. Gary was in most parts generous to a fault. He couldn’t help it, if it was in his pocket he gave it. This was a true example of the love he had for the Lord and a legacy for his family and friends.
Friends, family, and anyone who knew him, are invited to attend a Celebration of Life at a carry-in dinner on Friday, April 4, 2008, beginning at 5:30 p.m. at the Ivor Fowler Community Building in Montrose, IA.
Memorials may be made to the family.
Arrangements were handled by Wilson Funeral Home in Kahoka.
On-line condolences may be expressed at www.timeformemory.com/wilsonfh.