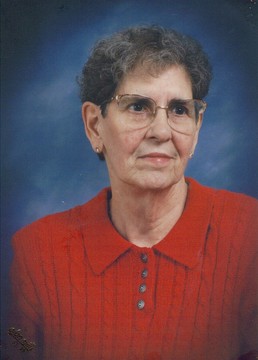 Dortha Six, 83, of Wayland, MO died Friday, March 21, 2008 at the Keokuk Area Hospital in Keokuk, IA.
She was born on October 13, 1924 in Paris, MO the daughter of James and Emma Clark Green. On December 12, 1939 she was united in marriage to Russell V. Six in Mexico, MO. He preceded her in death on June 15, 1991.
She was employed at Sheller Globe in Keokuk, IA for eighteen years before she retired to care for her husband who was in failing health.
She was a member of the First Baptist Church in Wayland, MO and enjoyed reading and working puzzles.
Dortha is survived by four sons, Kenneth Six and his wife, Diann of Jefferson City, MO, Jack Six and his wife Mary of Kahoka, MO, Ronald Six and his wife Jean of LaGrange, MO, and Steve Six and his wife Martha of Kahoka, MO, six grandchildren, six great grandchildren, two great great grandchildren, nieces, nephews and other relatives.
She was also preceded in death by her parents, three brothers, James Green in infancy, Fred Green and Clark Green, two sisters, Allene See and Ronda Green and one grandchild, Daniel Six.
Funeral services will be held at 2 pm. Monday at the Vigen Memorial Home in Kahoka, MO with Pastor Dan Deatrick officiating. Burial will be in the Kahoka City Cemetery, Kahoka, MO.
Visitation will be after 1 p.m. Monday at the Vigen Memorial Home in Kahoka, MO with family meeting with friends at that time.
Memorials may be made to the Kahoka City Cemetery, Kahoka, MO.
Online condolences may be made to the family at www.vigenmemorialhome.com.