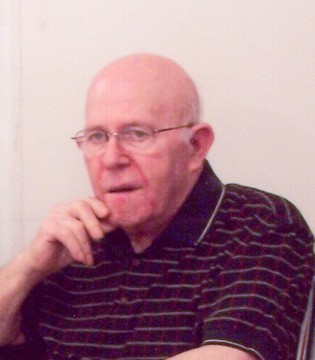 Mr. Arlo Dean Hoffer of Ewing, Missouri died April 7th 2008 at the Country Aire Retirement Home near Lewistown, Missouri. He was born July 25th 1928 in Quincy, Illinois a son of Floyd W. and Erma M. Hagmeyer Hoffer. He was married to Billie Jean Burks November 8th 1950 at Pocahontas, Arkansas and she survives. Mr. Hoffer had been employed at Gardner Denver in Quincy, Illinois as a tool and die maker for 44 years. He was also a farmer for 37 years.

Mr. Hoffer was a member of the Mt. Olivet Baptist Church near Ewing, Missouri which he also served as a deacon. He was a veteran of the United States Army during the Korean conflict.

He is survived by his wife Billie and one son Michael Dean and his wife Violet Hoffer of Ewing, Missouri, one daughter Vickie Jean and her husband Gordon Edwards of Edina, Missouri, one brother Leland H. and his wife Diane Hoffer of Oswego, Illinois, two grandsons, Christopher Johnston and his wife Kim of Maywood, Missouri and Shawn McKenzie of Rockford, Illinois, three granddaughters, Michaellett Brumbaugh and her husband Jeremy of Ewing, Missouri, Heather McKenzie of Macon, Missouri and Alicia Edwards of Lake Ozark, Missouri. He is preceded in death by his parents and one brother Linford Hoffer.

Funeral Services will be Thursday, April 10th 2008 at 2:00 p.m. at the Ball-Davis Funeral Home in Ewing, Missouri with Rev. Jesse Rogers and Rev. Randy Ewart officiating. Visitation will be one hour prior to the funeral services. Interment will be in Greenmont Cemetery in Quincy, Illinois. Suggested memorials to Alzheimers Association.

Music will be provided by: Evelyn Scifres