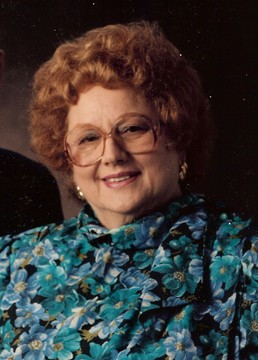 Olson – Powell Memorial Chapel in Mt. Pleasant, where the family will greet friends from 6 to 8 p.m. that evening. Funeral services will be held on Saturday, April 12, 2008, at 10:30 a.m. at the First United Methodist Church with Rev. Herb Shafer officiating. Burial will be at Trinity Cemetery near Mt. Union. A memorial has been established to the Mt. Pleasant Lion’s Club.

For over twenty years Lorene was Food Service Director for the Mt. Pleasant School District, retiring in the early 1990s. She was a real estate agent and worked for several agencies in Mt. Pleasant. An active community member, Lorene was a member of the Mt. Pleasant Lion’s Club and the V.F.W. Auxiliary. She was director of The Rhythm Rockers for many years and served on the Southeast Iowa Community Action Board.

Lorene loved spending time with her family and was a foster mother for several children down through the years. She enjoyed singing, gardening, sewing, visiting with friends, and taking rides in the car.

Along with her husband, Mrs. Anderson was preceded in death by her parents; a son, Kevin Anderson; a brother, Eugene Salyers; a sister, Lucille Rucker.