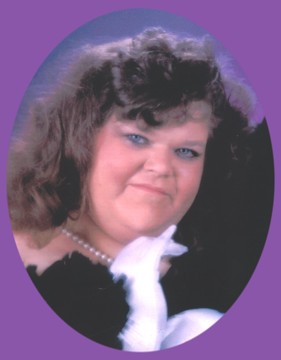 She was born January 10, 1966 in Keokuk, IA, the only daughter of Everett and Sue Borghardt Hill.

Survivors include her husband, Joe, of Wayland, MO; father, Everett Hill of Wayland, MO; brother, Harley Hill and his wife, Nicki, of Medill, MO; nieces and nephew: Hanna Hill, Brittney and Hailey Jones, and Colby Hill, all of Medill, MO; fathers-in-law and mothers-in-law: Jim and Margie Branch of Mobile, AL, Carolyn and Bubba Scroggins of Leakseville, MS, and Ken and Janett Breland of Spanish Fort, AL; grandparents: Norma and Edward Carmody of St. Louis, MO; aunts and uncles, Betty Hill Cady and Carl and Mary Hill, all of Kahoka, MO, Tim Carmody, Dan Carmody and Karen Dawell, all of the St. Louis area; several brothers-in-law and sisters-in-law; several cousins, including Lori Cady, who helped her a lot during her illness; and special friends, Kathy Williams and Kathy Alvis who provided help and support during her illness; as well as many friends.

Linda was a 1985 graduate of Clark County R-1 High School and attended Peaksville Christian Church. She was following in her mother’s legacy in supporting and promoting the development in the city of Wayland where she was currently running for alderman. In April of 2007 she had opened “Linda’s Tanning” in Wayland which continues to be an asset to the city. She also was involved in the Wayland Ball Association and providing positive activities for the youth and adults. She was also employed in the kitchen of Lexington Square in Keokuk.

Linda was also an active part of “Up Hill Productions Karaoke Lights and Sound” which provides not only entertainment, but has supported many benefits through the past several years. She was a huge fan of “85 H Hills Racing Team” and made all of the tee shirts for team supporters. Her family was very close and very important to her. Although she never had children of her own, she loved her nieces and nephew with all of her heart. She supported and encouraged the “light of her life”, Hanna, and convinced her to be a karaoke singer like her mother. She collected lady bugs and dolphins. Linda never knew a stranger, but was always outgoing and positive. She was determined to live and may have lost the fight with cancer, but she did not lose the battle. She had a giving heart and put others before herself.

Funeral services celebrating her life were held Wednesday, April 16, 2008, at 1:30 pm. at Wilson Funeral Home in Kahoka with Pastor Shawn McAfee officiating. Special music was recordings “Angel” and “Wind Beneath My Wings” and a song written and recorded by Nicki Hill, “If You’re Gone”.

Memorials in her memory may be made to the family.