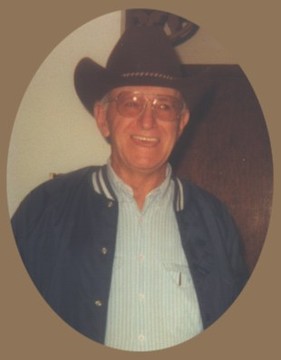 He was born August 21, 1930, at Granger in Scotland County, MO, a son of Murl and Helen Kuntz Palmer.

He was preceded in death by his parents and a sister, Juanita.
Gene graduated from Granger High School in 1947. He served in the army where he was stationed at Ft. Riley, KS, and was one of two to be selected to the elite group, the Green Mountain Boys. He retired from the service and was a member of Memphis American Legion #0209.

He was a member and strong supporter of the Granger Methodist Church and his religious beliefs and values were a very important part of his life. He believed that everything had a purpose and a reason and was not to be wasted. Although he never furthered his education, he was a man of great intelligence and reasoning. He passed on words of wisdom to his children and grandchildren and also taught them that Watkins Salve was the cure-all for everything!
Gene loved farming and anything John Deere. He collected hats, admired big trucks, and was “Grandpa” to the neighborhood children when his children and grandchildren were growing up. He supported his children and grandchildren in whatever they were involved in and was an avid fan at whatever sport they were playing. Although his health limited him physically at times, he found joy, peace and contentment in his family and his surroundings.

A Private funeral service was held 10:30 a.m. on Tuesday, April 29, 2008 at Wilson Funeral Home in Kahoka with Ruth Sears officiating. Special music was recordings “The Old Rugged Cross”, “How Great Thou Art”, and “Great Speckled Bird”.
Pallbearers were Levi Pitford, Keith Worrell, John Bevans, Mike Bvans, Joe Kirchner, and Ronnie Gutting.
Military rites and burial were in the Kahoka Cemetery.
Visitation was held at Wilson Funeral Home after 9 a.m. on Monday with family receiving friends Monday from 6-8 p.m.
Memorials were suggested to the Clark Co. Local Cancer Fund or the American Heart
Association.
On-line condolences may be expressed at www.timeformemory.com/wilsonfh.