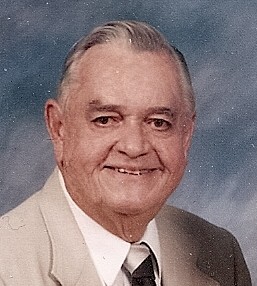 John Parks, 80 of Topeka, Kansas, died April 29, 2008 at Midland Hospice House.
He was born in Hannibal, Missouri, on May 15, 1927, the son of Edgar A. and Ethel (Primm) Parks.
John served in the US Marine Corps. He attended Missouri University, and pursued a 40-year career in Operations Research concluding with the State of Kansas in the Department of Revenue.
While in Topeka, he became a serious rose grower. He quickly established himself as an expert in the field, as a Consulting Rosarian, Cyber-Rosarian, and Rose Judge. He received many awards and trophies over the years for the roses he so passionately grew and loved. His greatest award, and greatest joy was sharing the beauty, mystery, and wonder of roses with others. He is the author of a book on roses, designed specifically to introduce newcomers to the “how-to” of rose growing and it is currently available at the Topeka Public Library in the special books section.
John was a member of Most Pure Heart of Mary Catholic Church and the Topeka Rose Society.
He married Ruth Ann Kriegshauser of Edina, Missouri on May 22, 1948, in Hannibal, MO. After a number of moves around the country, and living in several large cities, he and Ruth made Topeka their home in 1979, and have enjoyed the small city ever since.
John is survived by his wife Ruth of the home, and two sons, Jeff Parks of Beatrice, Nebraska, and David Parks of Glendale, California.
He was also survived by numerous nieces and nephews including Margaret Gibson and her husband Gary of Edina, MO, as well as a brother-in-law, John Kriegshauser of Truth or Consequences, New Mexico.
He was preceded in death by his parents and a sister-in-law, Martha Swann.
He was in state at Brennan-Mathena Funeral Home, and a Parish Prayer Service was held Thursday. A Mass of Christian Burial was celebrated on Friday at Most Pure Heart of Mary Catholic Church. Graveside services were held on Saturday at the new St. Joseph Cemetery in Edina, MO.
Memorial contributions may be made in his memory to Most Pure Heart of Mary Catholic Church and sent in care of Brennan-Mathena Funeral Home, 800 West Sixth Ave., Topeka, Kansas, 66603. Online condolences to : www.brennanmathenafh.com.