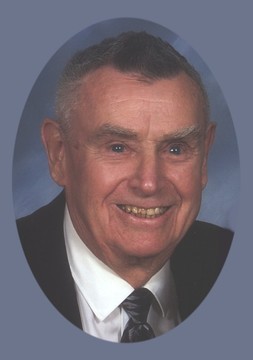 He was born in rural Independence, MO, on January 29, 1918, the son of Day Sterling and Olive Rebecca Hudnall Lentz.

He graduated from Blue Springs High School and from the University of Missouri with a BS degree in Agriculture in 1940. He served in the U. S. Army during World War II in the Aleutian Islands and Okinawa. It was while stationed in Arkansas that he met Joy.

They became the proud parents of two sons who provided them with two wonderful daughters-in-law and five beautiful grandchildren.

He is survived by his wife, Joy, of Kahoka, MO; two sons, Alan and his wife, Jetta, of Lee’s Summit, MO, and Edwin and his wife, Judith, of Findlay, OH; four grandsons, Addison, Emerson, Samuel and Tyler Lentz, and a granddaughter, Emily Lentz. He is also survived by a sister-in-law Anna Sue Lentz of Columbia, MO, and other relatives.

He was preceded in death by his parents; a brother, Whitten; and a sister, Naomi Riehl.

Chis was an Extension Agent for the Arkansas Cooperative Extension Service and retired as a District Conservationist for the Soil Conservation Service in Clark County. He was a member and currently treasurer of the Kahoka Lions Club, a member of the Masonic Lodge, American Legion and the Kahoka United Methodist Church. He actively worked with Boy Scout Troop # 145 and received the Boy Scout Silver Beaver Award for distinguished service to youth. Chis was active in the community, serving as a Kahoka city alderman for 18 years, Treasurer of the Senior Center, and a board member for the Industrial Opportunities, Inc. He dearly loved trees and actively worked for Kahoka to be a Tree City USA and was given the Missouri Arbor Award of Excellence from the Missouri Community Forestry Council. Chis enjoyed refinishing and restoring old furniture, researching family history, gardening, planting trees, and working with youth.

Funeral services were held Saturday, May 10, 2008, at 11 a.m. at the Kahoka United Methodist Church with Revs. Beryl Cragg and Bill Kanne officiating. Mrs. Ida Ross was organist. Special music, “How Great Thou Art” and “Garden of Prayer” were provided by vocalist, Mr. John Spray and trombone solo, “Nearer My God To Thee” by Mr. Tyler Lentz.

Visitation was held at Wilson Funeral Home in after 9 a.m. Friday with family receiving friends from 6-8 p.m.

Memorials were suggested to any of the organizations he was a part of including the Kahoka Lions, Senior Center, Boy Scouts, Kahoka United Methodist Church Building Fund, or the American Cancer Society. It would also please him to be remembered by planting a tree in a location of your choice.