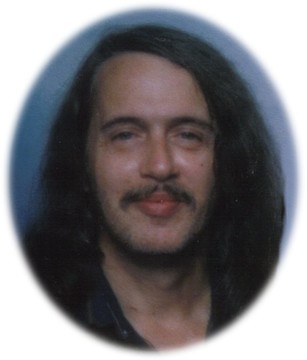 Douglas Vern Rice, 50, of Hurdland, Missouri, died Monday, May 12, 2008, at his residence in Hurdland, Missouri.
He was born on May 27, 1957, in Davenport, Iowa, the son of LaVerne Douglas ”Dick” and Shirley Joan Ballenger Rice.
Doug was raised in Davenport, Iowa and moved to Los Angeles, California, at the age of nine. They moved to Muskogee, Oklahoma when he was fifteen, before they moved to Kirksville, Missouri in 1994. Doug made his home in Hurdland, Missouri in 1997.
On December 8, 2001, in Hurdland, Missouri, Doug married Magdalene Adriane Hovar and she survives of the home.
He enjoyed trucks, driving for numerous companies as an owner-operator, until an injury forced him to stop in November of 2003 and he was especially proud of his Indian heritage.
Doug is survived by his wife, Adriane Rice of Hurdland, Missouri; father, LaVerne Douglas “Dick” Rice and his wife Gwen of Kirksville, Missouri; two sons, Jeremy Fite of California and Michael Rice of Okay, Oklahoma; three daughters, Jennifer and her husband Kyle Gregory of Tyler, Texas, Nicole Fite of California and Kiara Rice of Hurdland, Missouri; a step-son and two step-daughters; seven grandchildren; a sister, Ronita “Roni” Rice of Kirksville, Missouri; a niece, Tamara “Tami” Rice and a great niece, Tara Rice both of Kirksville, Missouri.
Doug was preceded in death by his mother, Shirley Rice.
A memorial service was held Friday, May 16, 2008, at 7:00 p.m. at the Doss Funeral Home in Edina, Missouri, with Reverend Robert Shobe officiating.
An expression of sympathy in memory of Doug Rice may be left to the Education Fund of his daughter, Kiara. A memorial may be left at or mailed to the Doss Funeral Home 208 N. 4th Street, Edina, Missouri 63537.