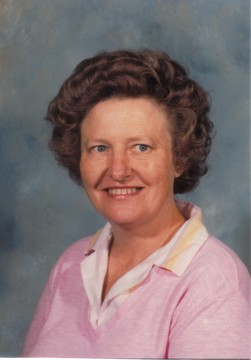 Jennie Sue Sparks, 66, of Hurdland, Missouri, died Tuesday, May 13, 2008, at her residence southwest of Hurdland, Missouri.
She was born on March 26, 1942, in Huntsville, Missouri, the daughter of William and Maggie Tolls Jacoby.
Jennie was raised in Higbee, Missouri and attended the Higbee Elementary and High School, graduating in the class of 1959.
On August 31, 1962, in Hurdland, Missouri Jennie married Sam Ellis Sparks. After their marriage they moved to Hayward, California before returning to Hurdland, Missouri in 1971 to farm and raise their family.
Jennie enjoyed the outdoors, walking, quilting and loved the time spent with family and especially her grandchildren.
She is survived by two sons, John William Sparks of Pasadena, Texas and George Henry and his wife Jennifer Sparks of Hurdland, Missouri; three brothers, Wilbert and his wife Virtie Jacoby of Texas City, Texas, William Jacoby of Neosho, Missouri, and James and his wife Pat Jacoby of St. Louis, Missouri; four sisters, Florence Bross of Ozark, Missouri, Ruth and her husband Arkley Mulleninax of Fort Smith, Arkansas, Dorothy and her husband Forest Laughlin of Wellsville, Kansas and Sybil and her husband Ron Bailey of Parkville, Missouri; two grandchildren, Colton and Rebecca Sparks of Hurdland, Missouri; numerous nieces, nephews, cousins and a host of friends.
Jennie was preceded in death by her parents, husband, Sam Sparks in October 18, 1982 and a sister, Judy Huntsman.
Funeral services will be 2:00 p.m. Saturday, May 17, 2008, at the Doss Funeral Home in Edina, Missouri.
Visitation will be Saturday with the family receiving friends from 11:00 a.m. until service time on Saturday at the funeral home.
Burial will be in the I.O.O.F. Cemetery in Hurdland, Missouri.
Reverend Robert Shobe will officiate and Susie Shobe and Carol Hayes will provide music. Casket Bearers will be Rex Sykes, Eugene Yoakum, Darin Yoakum, Gary Yoakum, Gene McCarty, John McGlothlin, Aaron Vansickle and Chris Harrison, along with Honorary Bearers Gordon Cloyd and Wesley Sparks.
An expression of sympathy in memory of Jennie Sparks may be left to the I.O.O.F. Cemetery Association. A memorial may be left at or mailed to the Doss Funeral Home 208 N. 4th Street, Edina, Missouri 63537.