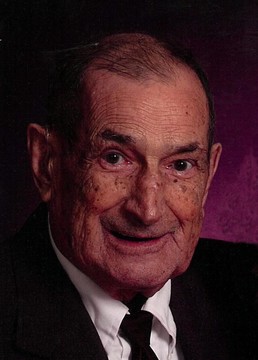 Jan Stryganek, age 85, of Edina, Missouri, died Tuesday, May 20, 2008, at the Knox County Nursing Home in Edina, Missouri.
On May 14, 1923, he was born in Poland the son of Joseph and Theresa Stryganek. On June 1, 1946, in Germany he was united in marriage to Dorothy Schmidt.
Surviving are his wife Dorothy Stryganek of Edina, Missouri, one son, Karl Schmidt and wife Terry of Elkin, North Carolina, two grandchildren, Jon Schmidt of Baton Rouge, Louisiana, and Todd Schmidt of St. Charles, Louisiana, two great grandchildren Gunnar and Hayden Schmidt, two step granddaughters, Joy Mathis and Lori Pendry of Elkin, North Carolina, two step great grandchildren, Coleman Mathis and Addison Pendry of Elkin, North Carolina, one nephew Wally Kosak and two great nieces Kinka Kosak and husband Mike and Barbara Kosak of Chicago, Illinois.
Jan was preceded in death by his parents, three brothers and one sister.
Jan was born in Poland where he received his education. He was in a slave work camp in Germany during World War II. In 1956 he and his wife moved to Edina where they have resided ever since.
Jan was self employed as a carpenter for several years and worked for St. Joseph Catholic Church and School as a custodian for 25 years till his retirement in 1987.
Jan enjoyed fishing, classical music and spending time with family and friends.
Funeral services will be held 11 a.m. Friday, May 23, 2008 at the Hudson-Rimer Funeral Home in Edina, Missouri. The Rev. Mr. Ken Berry will officiate the services.
Burial will be in the St. Joseph Catholic Cemetery. Music will be provided by Anne Gramling, soloist. Musical selections will be “Ave Maria”, “Old Rugged Cross” and “Nearer My God To Thee.”
Casket bearers will be Joseph Brandt, Tim McCauley, Ron McCauley, Vance Parrish, Jim Gibbons and Joe Pettit.
Honorary bearers will be Mike McGinnis, Dr. T.D. O’Brien, Dick Kelly, Mike Kinsel, Eldon Parrish, Gordon Edwards, Jack McCauley and John Haddick.
Visitation will be after 4 p.m. Thursday, May 22, 2008, with the family receiving friends from 6 p.m. to 8 p.m. in the Hudson-Rimer Funeral Home in Edina, Missouri.
A prayer service will be held at 7:30 p.m. Thursday, May 22, 2008 in the chapel.
Expressions of sympathy in memory of Jan Stryganek may be made to the American Cancer Society. Memorials may be left at or mailed to Hudson-Rimer Funeral Home, P.O. Box 1, Edina, Missouri, 63537.
HUDSON-RIMER
FUNERAL HOME