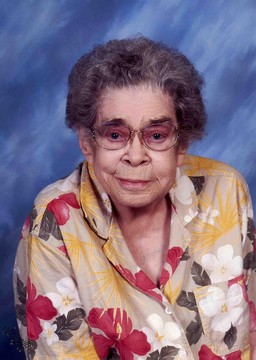 Floe Chappell, 99, passed from this life on May 20, 2008, at the Scotland County Care Center in Memphis, MO.
She was born on August 28, 1908 to Thomas H. and Ora Elizabeth (Burris) Chappell. Floe accepted the Lord and was baptized into the Memphis Christian Church at an early age. She started teaching the second grade Sunday school class when she was 16 and continued to teach for 70 years.
She graduated from Memphis High School and was employed as a secretary by Pete Jayne, a Memphis attorney. She later spent 35 years operating the Production Credit Association (PCA) office in Memphis.
Floe loved children and many residents will remember her story hour at the library, bible school lessons or the delicious cookies and beautiful cakes she baked.
She was well known for her love of reciting stories, even at the age of 95. She could entertain a crowd. Floe will also be remembered for her 1950’s era photo documentary of the “The Churches of Scotland County,” which can be found at the Downing House Museum.
Preceding her in death were her parents; an infant brother; two sisters, Reverend Faye Jones and Mae Snelling; and a brother, Robert Chappell.
Survivors include a sister, Mrs. Donna Keeler of Clovis, CA; the following nieces and nephews, Mr. and Mrs. Guy Keeler of Sanger, CA, Mr. and Mrs. Max York of Kewanee, IL, Mr. and Mrs. Dwayne Johansen of Pasadena, CA, Mr. and Mrs. Rob Keeler of Fresno, CA, and Mr. and Mrs. Thomas Burns of Silver Spring, MD; and many great and great-great nieces and nephews.
Funeral services were held at 3 p.m., Friday, May 23, 2008 at the Gerth Funeral Chapel in Memphis with Jack Sumption, pastor of the Memphis First Christian Church officiating. Ann Luther and LaMayra Brown performed Precious Lord, Take My Hand. Jim Brewer, Vernon Carroll, Brett Brewer, Mark Lee and Joe Miller served as pallbearers. Burial was in the Memphis Cemetery.
Memorials are suggested to the First Christian Church in Memphis and can be left at or mailed to the Gerth Funeral Service, 115 S. Main, Memphis MO 63555.
Condolences may be sent to the Chappell family via email at gerths@gerths.com.
Arrangements are under the direction of the Gerth Funeral Service from their Memphis chapel.