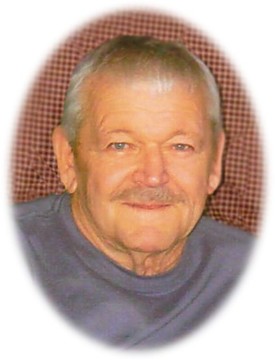 George Michael “Butch” Burditt, 66, of Edina, Missouri, died Thursday, June 5, 2008, at the Harry S. Truman Veterans Hospital in Columbia, Missouri.
Butch was born on April 30, 1942, in Hannibal, Missouri, the son of George L. and Georgia Mae Yeager Burditt.
He began his life in Monroe City, Missouri before his parents moved to Edina, Missouri, where he attended the St. Joseph Catholic Grade School and later graduated from the Edina High School in the Class of 1961.
Butch served his country in the United States Army during the Vietnam Era. He was a member of the St. Joseph Catholic Church in Edina, Missouri and the Knox County VFW Post. Butch retired from the Southwestern Bell Telephone Company with more than 30 years of service.
Butch received his nick name from his sister that lost her gold fish, of the same name, at the time he was born, and the name stuck. He lived more than 30 years on a small farm south of Knox City, Missouri, and enjoyed tending to the land, trees, and his livestock. He was an avid gun collector and a collector of everything but most of all he enjoyed his friends at the VFW and the many trips to Wal-Mart. Butch had a kind heart, making sure that children with the Department of Family Services all received a gift each Christmas.
Butch is survived by a nephew, Scott and his wife Staci Doss of Raymore, Missouri; a niece, Kerry Doss of Belton, Missouri; great niece and nephews, Jordan Doss, Adam Doss and Riley Kiem; along with numerous cousins and a host of friends.
He was preceded in death by his father, George L. on February 16, 1978; his mother, Georgia Mae on January 25, 1971; a sister, Sharon Anne Doss on February 22, 1998; and a nephew, Christopher Adam Doss on August 11, 1997.
Military Graveside Services with Full Military Honors, will be Wednesday, June 11, 2008, at 1:00 p.m. at the Missouri Veterans Cemetery in Jacksonville, Missouri.
Visitation will be after 4:00 p.m. Tuesday, June 10, 2008, with the family receiving friends from 6:00 to 8:00 p.m. at the Doss Funeral Home in Edina, Missouri with a Christian Prayer Service at 7:00 p.m. Tuesday.
An expression of sympathy in memory of Butch Burditt may be left to the Donor’s Choice of the Knox County VFW, the American Diabetes Association or the American Heart Association. A memorial may be left at or mailed to the Doss Funeral Home 208 N. 4th Street, Edina, Missouri 63537.