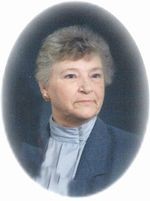 Lora L. Butcher, 66, of Wayland, Missouri died Saturday, June 7, 2008 at her home in Wayland, Missouri.
She was born April 19, 1942 in Keokuk, Iowa, the daughter of John and Helen Virginia Shoemaker Rupp and James Robert and Donna Ferguson. On December 31, 1959 she was united in marriage to Robert Louis Butcher in Yankton, SD. He preceded her in death on January 9, 2007.
She was a member of the First Baptist Church in Wayland, Missouri. She enjoyed reading, sewing and quilting but most of all spending time with her family. She was very devoted to her church and loved attending church services and vacation bible school.

She was also preceded in death by her parents Jim Ferguson and Helen and John Rupp and a nephew Dean Nilles.

Funeral services will be held 10:30 a.m., Tuesday at the Vigen Memorial Home in Kahoka, Missouri with Reverend Eugene Spurgeon and Pastor Dan Deatrick officiating. Burial will be in the Meek Sand Cemetery in Vincennes, IA.

Visitation will be held after 2 p.m. Monday with the family meeting with friends from 6 – 8 p.m. at the funeral home.

Online condolonces may be made to the family at www.vigenmemorialhome.com