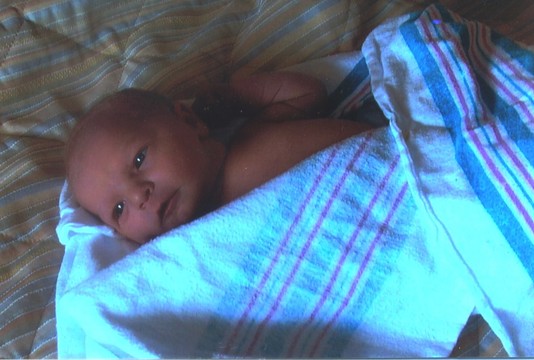 Survivors include his parents of Kahoka; grandparents, Tim and Anita Gray of Kahoka and Bill Rankin of Canton; great-grandparents: Virginia Rankin, Francis and Janet Parsons, and Elsie and Charles Jordan, all of Kahoka; aunts and uncles: Adrian Gray of Moberly, MO, Sean Gray of Kahoka, Lorie and Ed Rockhold of St. Francisville, and, Terry Parsons and friend, Ann, of New London, IA; first cousin, Alexis Holmes of St. Francisville; as well as numerous great aunts and uncles, cousins, and other relatives.

He was preceded in death by his grandmother, Sherry Parsons; great grandparents: Lonnie Gray, Sr., Lester and Virginia Acklie, John Rankin, and Lucille and Raleigh Parsons.

Hunter was a little angel. He was an alert baby who had already developed a great personality. His eyes would get really big as he recognized family voices. He had a great appetite and slept soundly resembling his Grandpa Tim. He was the pride and joy of his family.

Pallbearers were his uncles, Sean Gray and Terry Parsons.