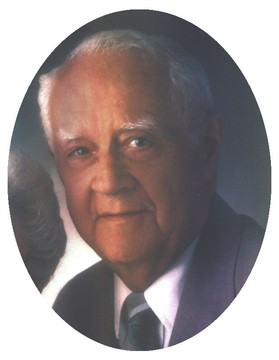 He was born November 8, 1931, near Libertyville, in Liberty Township, Jefferson County, IA, the oldest child of Hollis Hiram and Jessie Ila Harrison Huffman. He grew up and was educated in the Packwood, Iowa, school system.

Following graduation from Packwood High School in 1950, he entered into the Army in 1952 at Fairfield, IA, in the 43rd Infantry Regiment, 39th Division, Company F, and was stationed in Germany during the Korean War and was a Corporal when discharged at Ft. Sheridan, IL, on July 30, 1954.

He was united in marriage to Carolyn Ann Stowell on December 10, 1955 at Fairfield, IA, at the home of her parents and she was his co-worker for the past 52 years.

Bob received the Lord Jesus Christ as his personal savior on May 8, 1955, and after understanding that Jesus Christ our Lord came, died, and rose again for his sins, he followed in believers’ baptism that summer showing his profession of faith in Jesus Christ. He was in fellowship with the Christians at the First Baptist Church in Wayland, MO.

He began working for Grinnell Mutual Reinsurance Company in Grinnell, IA on

October 15, 1955 and attended C.P.C.U. classes at Drake University in Des Moines and remained at Grinnell Mutual working in all areas including selling of reinsurance, auditing of mutuals, inspection, training agents and adjusters, and underwriting of the company until February 1, 1971 at which time he and Carolyn purchased the Bricker Insurance Agency in Kahoka, changing it to Huffman Insurance Agency. He became Secretary-Treasurer-Manager of Clark Mutual Insurance Company, retiring in 2002. He sold the agency in December 1996 to his son, John, but continued to remain on the Board of Directors until the present.

He was preceded in death by his parents and a brother, Glen Huffman.

Mrs. Joyce Luttrull was organist and Mrs. Jan Oilar, pianist. Vocalists were Mr. David Otte, Mrs. Sara Atherton and Pastor Dan Fox. Selections were “My Tribute”, “How Great Thou Art”, and “After”. Congregational hymn was “Standing on the Promises”.

Visitation was held at Wilson Funeral Home in Kahoka after 9 a.m. Friday with family receiving friends from 5-8 p.m.

Memorials in lieu of flowers are suggested to the First Baptist Church, Wayland, MO, or Blessing Hospice.